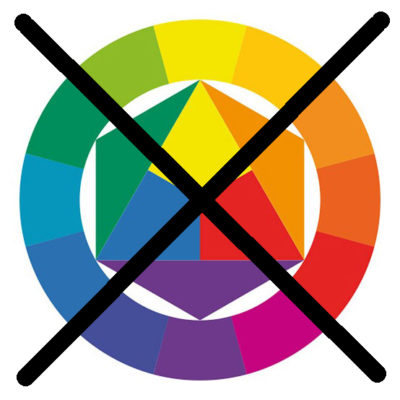 Smashing Color Theory #3: Red is NOT a Paint Primary

The first of these key concepts is the theory of primary colors. Primary colors are often defined as colors that cannot be mixed from any other colors. The reality is that there is no such thing as a pure primary but it is such a useful concept that it is usually taught at the beginning of most color classes.

I will eventually smash all of this but its important to understand the basics. In the last 300 years or so scientists and artists have come up with dozens of color systems that specify which colors come first (primaries), which come second (secondaries) and which are in between (intermediaries).

There are two primary systems that you should be familiar with: RGB for light and CMY for pigment. The science behind these systems is intimidating to me. The easiest way to think about it is that these two systems are considered reciprocal, or opposite, to each other. 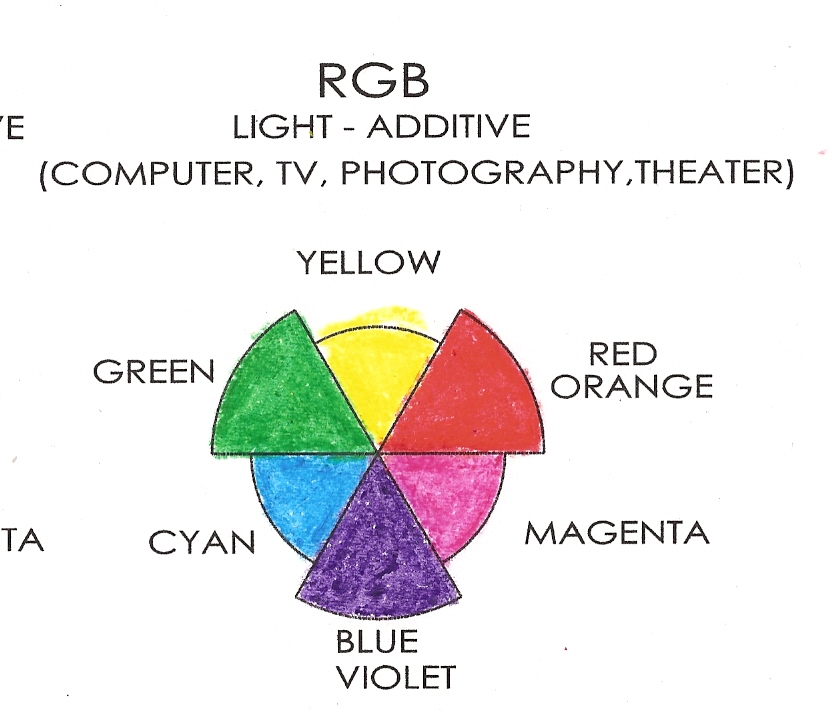 Notice that the secondaries are lighter than the primaries. That’s because when RBG primaries are combined they add light to the color- hence the additive system.

If you are not already familiar with the RGB system, it is easy to learn. You don’t need any fancy programs. Just draw a box in a Word document and fill it with a color using the custom color option. Type in the RGB numbers. Copy the box and change the fill color.

Note the new numbers. If you have never used RGB then the mixing will be counter-intuitive at first. Once you get the hang of it you can predict what the RGB numbers will be. Even more fun is guessing what blends will look like. There are lots of ways to play with color this way on the web. 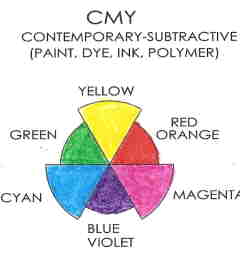 Notice that the secondaries are darker than the primaries.

That’s because when the primaries are combined they subtract light – hence the subtractive system. Theory says all three primaries will make black. The reality is they make mud.

What happened to the traditional Red, Yellow, Blue system?
There are many color ordering systems that still use the RYB primaries but some most widely used systems do not use primaries at all. The early 20th century Munsell system is one of the most famous. Munsell used five principle hues – Red, Yellow, Green, Blue and Purple with five in-between hues. Some brands of paint are still labeled according to the ten hue families of the Munsell code system.

What about the Red? Isn’t Red one of the primaries?
It is a primary in the RGB light mixing system but in reality the red of the RGB system is more like a red-orange or a scarlet. In my classes, I call the “Red” crayon “old red” and the “Scarlet” crayon “new red”.  In paint I can mix a color that is close to “old red” from a mixture of Magenta and a little Yellow, and I can make a “new red” from equal parts Magenta and Yellow. Since I can pretty much mix any red I want, I no longer think of red as the primary in paints, inks, dyes or polymer.

I colored the top part of Smashing Color Handout #1 using my Crayola crayons. Print out a copy and color the bottom part using your crayons. (The Crayola crayon names are used to label the blank color wheels.)

I know how hard it is to make the shift to CMY. I still think in terms of ROYGBV. But it really helps to re-imagine the subtractive/paint primaries as  Cyan, Magenta and Yellow. Once I learned that Red is not a primary but a mixture of magenta with yellow in it, color mixing became much easier. We will play with mixing reds from magentas and yellows when we start working with polymer clay in January.

Next Week: Inside the Color Wheel
Wednesday: Materials List for Polymer Exercises