The concept of complementary colors is one of the cornerstones of color theory.

The traditional way to define complements is that they are opposite each other on a color wheel. The problem with this definition is which color wheel to use. RYB? RGB? CMY? Newton? Munsell? Itten? Ives? Oswald? All have different complements.

Notice that the word is complementary not complimentary. The word complementary comes from complete. If you have all three primaries in equal amounts you have complete color. You can think of complements as “that which completes.”

Using the Red Yellow Blue system we are most familiar with, the complements are:

The problem with this definition is what is the color of “complete color” – what color is in the middle of the circle? Gray? Mud? Black? Brown?

Another traditional way to define complements is that they mix to make gray.

The problem with this definition is that it comes from the world of optics. If you spin the complements of light together they will merge optically to make gray. This is light mixing, not pigment.

The reality is that somewhere along the line between two complementaries you will get to a neutral color but it will not be the half and half mixture that does it.

You can try this in any medium and with any primaries.

Select three primaries. Mix them two at a time in equal amounts to get three secondaries. I used the Premo primaries Fuchsia, Cobalt and Zinc Yellow. I chose Fuchsia instead of Cadmium Red for my red because in the test mixing we did last week for secondaries, we saw that Cad Red is a bully color.

There is no point in using it to test mix for variations of complementary color because it simply takes over in every half and half mix.

I’m starting with the Zinc Yellow and the Cobalt Blue because the test mixing showed them to be the strongest colors.

The handout includes test mixing with Cadmium Yellow and Turquoise Blue even though they were both wimpy colors.

I mixed the primaries half and half and made the secondaries Blue Violet, Green, and Scarlet.They match the crayola crayons of the same name. 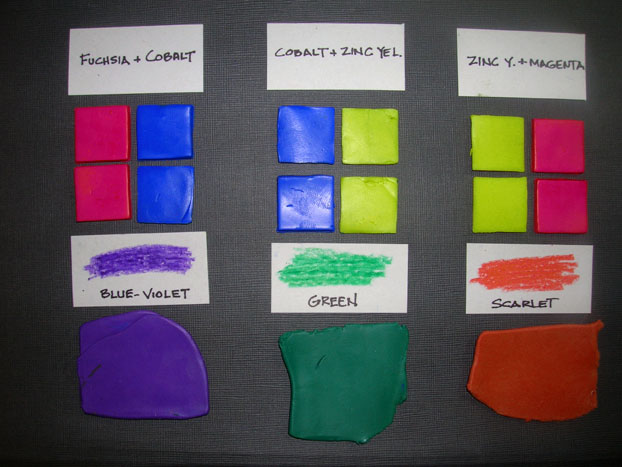 Mix the complementary pairs in equal amounts. There are two ways to do this: 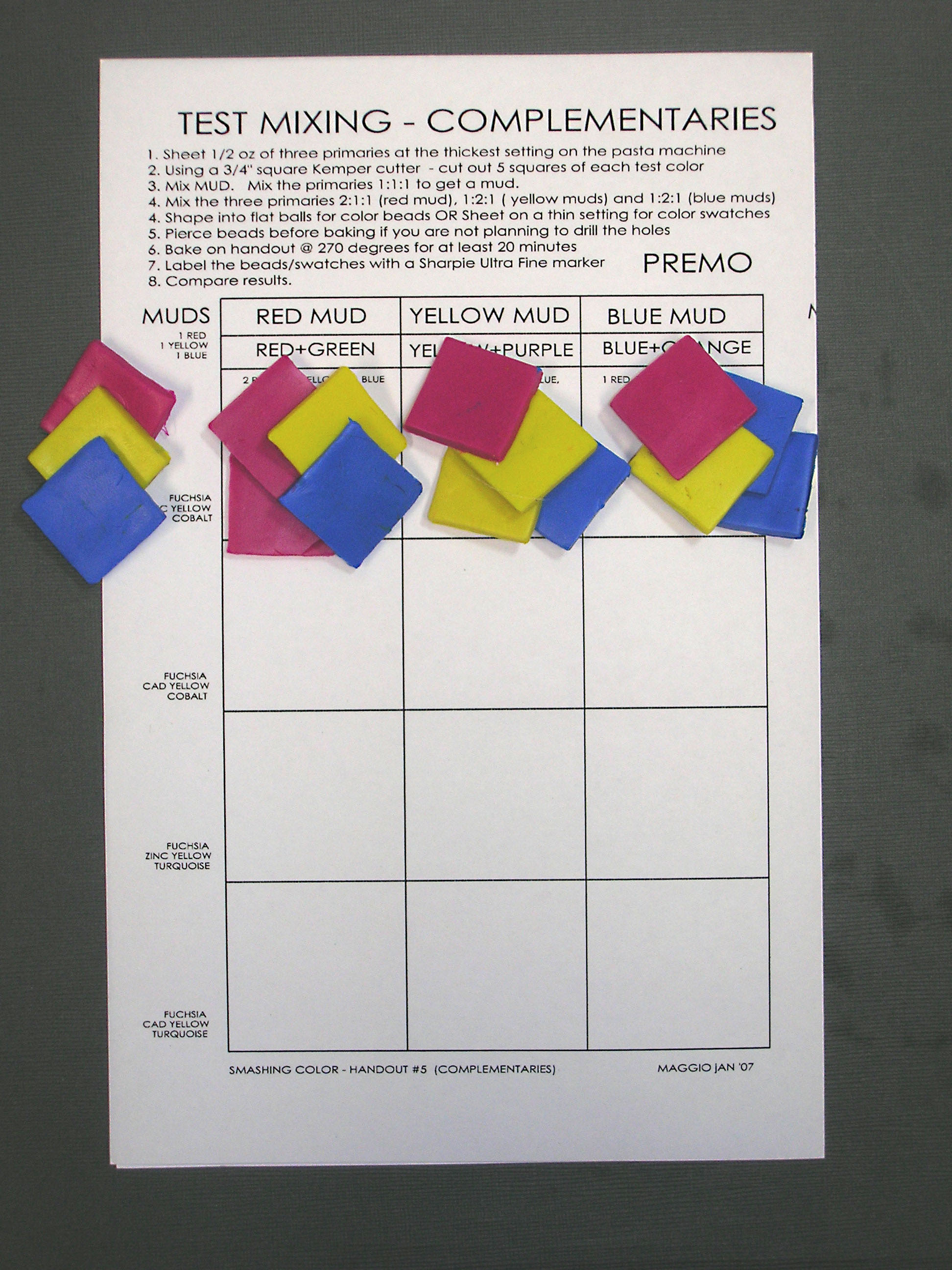 Analyze results. Notice that the Yellow/Purple mix has more yellow – 1 red, 1 blue and 2 yellows – it will be yellow mud.